A while ago, I was hired to work with a team. In advance, I was told that members of the team had serious issues with each other, and that the main topic was ”communication”.
Further explanation followed, detailing that the tone could be quite hard amongst some of the team members, and that there was a sort of prejudice amongst different members that made it difficult for the manager to change the current situation of the team.

So, how do you prepare for that?

As a consultant and coach, I was careful to acknowledge what wasn’t working, rather than just jumping straight into a constructive phase, talking about what should happen instead. Apart from seeming like a goofy ignorant, I didn’t want to disrespect the team by pretending that what they were struggling with wasn’t important.

Acknowledging people’s problems doesn’t mean going along and trying to figure out causal relations. You can easily stay away from the path of blaming and finding the root of the problems. Instead, it’s important to acknowledge that the situation is difficult, and that when something interrupts your work in a negative way, it causes frustration.

To make sure my presence would add value to the work of the team, and would help them with their main question, which they described as: ”how do we communicate better in our team?” – I tried to make a structured process that acknowledged the problems with a focus on the actions and not the people around the actions.
That way, I hoped to ensure a constructive progress that, apart from giving the team an opportunity to talk about what wasn’t working, would also lead to possible new actions in order to change the current state to something better. ”Better” defined by the team.

It went well, and the team was motivated to move forward, and found possible actions that were attractive enough to pursue, and that would also change their current situation.

This is why I want to share this ”recipe” with you. Who knows, you might want to try it out yourself, or you have a situation where this approach to problems can come in handy.

Acknowledging people’s issues is very central at this point, as mentioned in the introduction. Don’t ignore the current problematic state of the group, but accept that this is what reality looks like for them at the moment. There are no right or wrong problems, they just are.

When working on the problems, however, it is important to emphasize that the focus is on actions and not on a person or group of people.

Here we are talking about procedures and actions, like daily routines of when and how you communicate, make decisions, or handle or respond to specific actions, that can be looked at and discussed in order to be improved or changed. − What is the actual goal of the specific action? − What are the procedures involved?

Make a gross list of what the group and/or each person thinks is the problem. As said, no judgment, but stress the fact that you might not be able to get through all items on the lists, so it is recommended that they put what they find to be the most important issues on the top of their lists.

So, what would it look like if the problem wasn’t there? What kind of actions would that enable? How would things be easier, smoother, less complicated or simply different?

Again a strict focus on actions, and in this column it is about collecting rather than judging or prioritizing what kind of actions are the best or most important. All this comes in no. 4 ”Next Steps”.

Here, the point is to produce a gross list – a foundation to stand on when discussing further actions. You might have to investigate and help people get going with the first couple of actions on the list. Maybe you prefer to interview individuals to make sure there’s less ”if he just stopped doing…” or ”she has to change…” and more ”this action should be this way…”.

You can support the thinking in the room with questions like: ”please try to describe to me what you would do in this situation, if everything was going exactly as it should? What else?” ”What will you be doing first? What comes after that? What else?” – Please don’t forget to add perspectives in these descriptions.

This means that when asking about specific actions from a person or the group, ask also for: ”…and then, what will other people close to you (in this specific action) be doing differently because of what you do?”

From talking about what it could look like if the problem didn’t exist, the next phase transfers into asking for experiences from the recent past that have provided moments or even hours where it sort of looked like the problems weren’t there.

How easy it is to work in this part of the process depends on how long people have experienced or felt that things didn’t work well. If things have been problematic for a long time, it helps to emphasize in your instructions that you are looking for small moments that could hold tiny elements of what might look like a ”no-problem” situation.

Also explain that the purpose is to avoid wasting valuable time by looking for solutions from scratch, but instead to make use of existing resources. The goal is to build on what is already working well (even just a tiny little bit) and relating this to the preferred constructive changes that are being wished for.

Time for action. The difference from traditional action plans is that here, we are looking for very small next steps for change. Actually, we are looking for the most “lazy” ones (minimum effort) that can lead towards the preferred states in the No-problem or Less-problem phase.

No exceptional visions, or five-year plans, just simply tomorrow (and even next hour) actions that can lead towards gained experiences in what is working well and supporting an optimism that can encourage further actions.

Exactly what kind of planning will benefit the process depends on how the team members are used to do plans. Use tools and ways of planning that they know already, and let them go for it. It will enhance the chance of success that when agreeing on actions to be taken and how these actions should be pursued, the team members plan things within a frame they know well.

It was agreed from the beginning that there was to be a follow-up session a couple of months later. Of course I was curious as to what had happened since then, and hoped for the best, that the team had found ways to cooperate with each other and had improved their ways of dealing with problems in the team.

It wasn’t all bliss and happiness when I returned. I found it interesting though, that those in the team who were struggling the most and felt the most in a deadlock when I first met them, had really moved on towards a better state of cooperation, while those who had issues that could be considered as instantly manageable, didn’t improve much.

Everybody agreed that the atmosphere had changed to the better. Someone said it had changed “enough,” and others expressed their wish for a continuing improvement of the workplace procedures and relations.

At the follow up session, we worked on potential next steps from here on, and reading the above, you can imagine that the level of engagement varied.

What made me confident was that those who had gotten a taste of change, a taste that it is possible to change an unpleasant situation to the better, kept on suggesting new small improvements and changes in procedures and in communication.

Furthermore, they did this in a way that left them independent of the other team members, meaning they could organize their initiatives without having to get approval from the others.

If you want to know how the solution-focused approach (SF) can be helpful in organisations, the case study book ”Brief and Simple – Solution Focus in Organisations” provides a wide range of insights on how SF can be used in practice.

The main tool in SF is the questions and if you want to know more about what kinds of questions they are, and how they can be used, the book ”Coaching – Plain and Simple” offers a thorough walk-through in the land of solution-focused conversations.

The web-site solutionfocusedcases.com aims to present cases that exemplifies how SF is used in organisations.

If you want to take part in a worldwide community, you can visit  SOLWorld on www.solworld.org and through there also join the community’s mailing list free of charge. 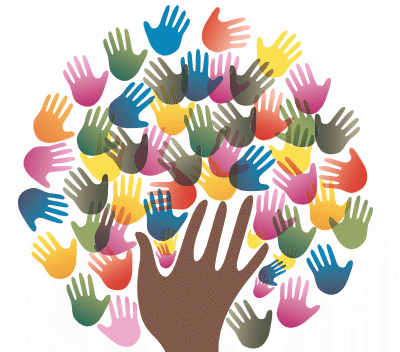 Solution Focus as a Learning Design 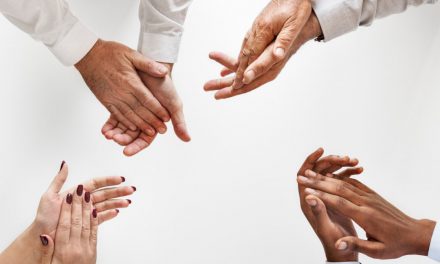 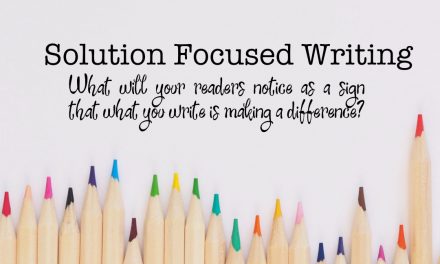 Join our newsletter. Who knows we might even send you one every now and then (or you can let us know what you want from us).

You have Successfully Subscribed!

My Tweets
We use cookies to ensure that we give you the best experience on our website. If you continue to use this site we will assume that you are happy with it.OkNoRead more